An 86% bounce rate hindered My Ketamine Home's ability to grow to their full potential. ODi7 was hired to redesign their website and provide a smoother and overall optimal user experience for their users.

Once the project completed, bounce rate was down 45%, customer acquisition was up 10x and, consequently, revenue growth was multiplied by 6x. 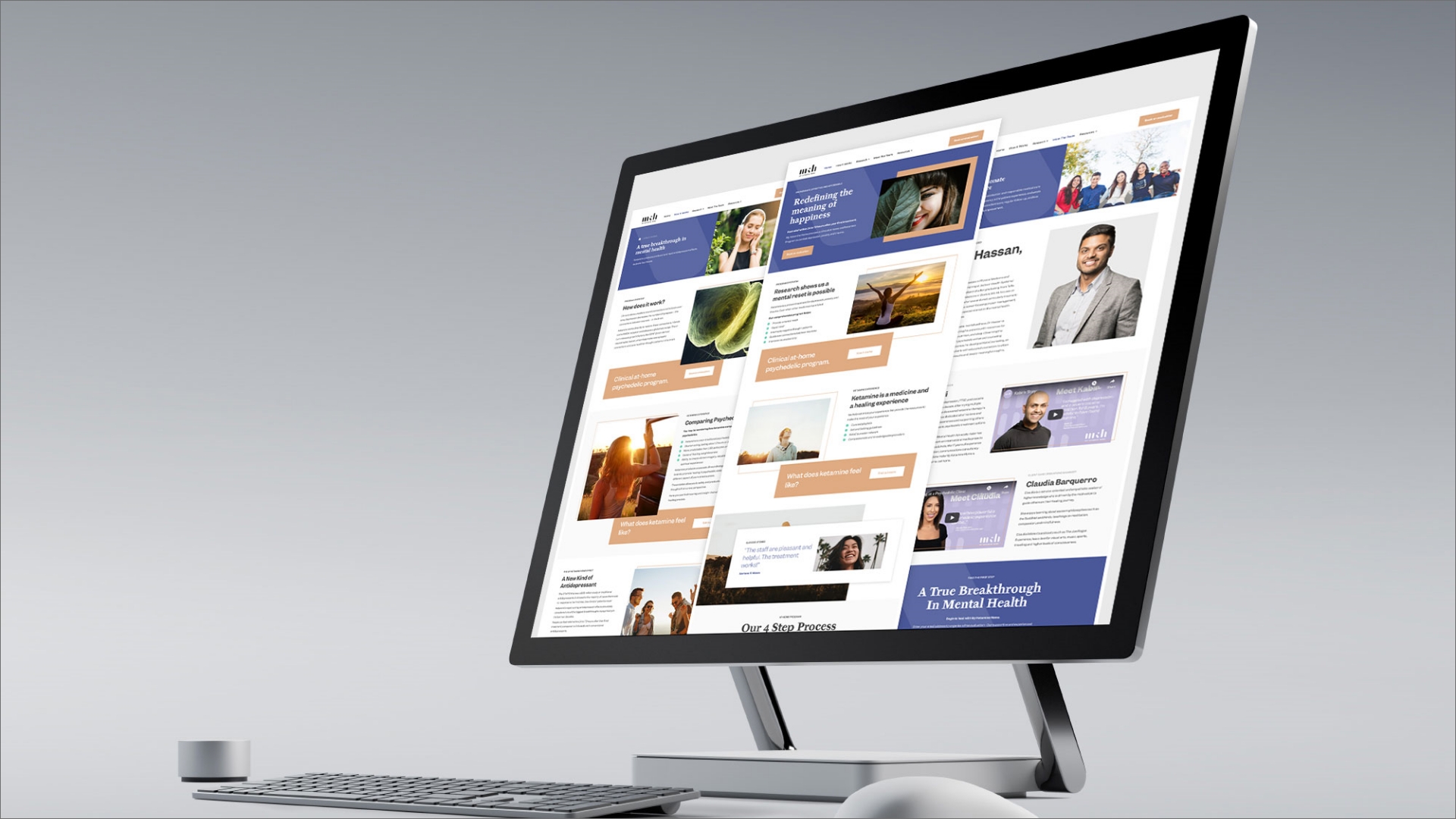 My Ketamine Home provides a clinical at-home oral Ketamine Program to combat depression, anxiety, and trauma by improving your neuroplasticity.

To fully understand the reason why My Ketamine Home suffered a high bounce rate, we had to deploy a large amount of research. Combined with best UX practices, a comprehensive research program was implemented from a database of users and non-users.

This also allowed us to work in close collaboration with the Marketing Department, which provided invaluable insight into creating the best possible user experience for My Ketamine Home's clients.

Measuring success was easily defined by the metrics. We had to bring down the bounce rate, and we had committed to work on this project until we had brought it back within the global average.

Several research documents and processes were carried out to identify what factors had the most impact on My Ketamine Home's website:

With the personas drafted and the list of users and non-users supplied by the Marketing Department, we were ready to proceed to the gathering of some user data.

After each prototype, we made sure to validate our hypothesis by a set of user interviews, as well as another round of Heuristic Evaluation from one of our peers.

The results from our research revealed massive problems in a few areas, namely:

When it came to brand identity & UI design, we decided to follow the same approach. The UX data fueled the UI design direction, while keeping the same goal to reduce the bounce rate and increase user engagement.

We also worked closely with My Ketamine Home in creating a cohesive brand identity that stayed consistent across all touch points, including social media, website, and other marketing efforts.

After the success of project together, My Ketamine Home experienced a drop of roughly 40-45% in their bounce rate. Their customer growth acquisition went up by 10x and their revenue by 6x. They opened up new services in Colorado, Texas and California and increased their team size considerably.

They solicited our services again for a new line of product to be released soon.